Home » Whimsy » Weekend Theme: Is that supposed to be there? 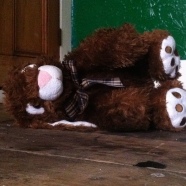 Weekend Theme: Is that supposed to be there?

This has been a tough challenge.

My thinking cap has been on since reading Sidey’s posting… but as Saturday morning slipped into Saturday afternoon, I was still no nearer an answer.

My train of thought naturally went down a Carry On line of innuendo: Sid James laughing; Frankie Howerd “titter yea notting”; and Fernella Fielding dressed alluringly in that beautiful red dress from Carry On Screaming. But this is family blog and besides there were no suggestively shaped vegetables anywhere in the vicinity.

So, deciding against this obvious line of inquiry, I looked to the cats. They’re a usual rescue in times of trouble.

But not this weekend.

Rover was too tired to raise an ear; Zorro was on the computer; and CleoKatra  had places to be and people to see. 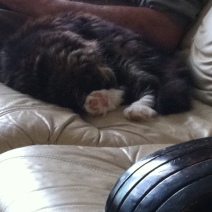 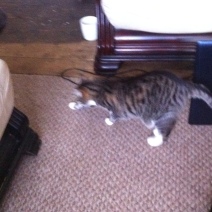 A dead end there.

I wondered if Lucy or Mark could help out. But there’s an awful lot going on in 1949 – what with the move to Hitler’s new British Capital and the hunt for Hitchcock’s diary – so Lucy politely declined my request, and Mark’s in a foul mood for a reason  I’m not at liberty to reveal yet.

Which is when the OH came up for air: “Have you noticed ‘Dog Dog’s teddy?” he asked.

Nothing loathe, I went to investigate.

“Err Dog… Is THAT supposed to be there?” 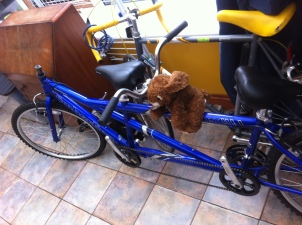 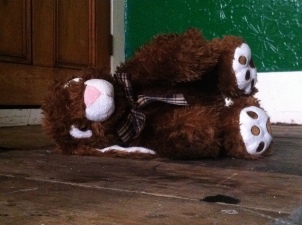 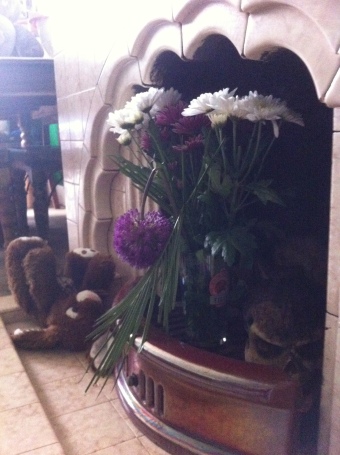 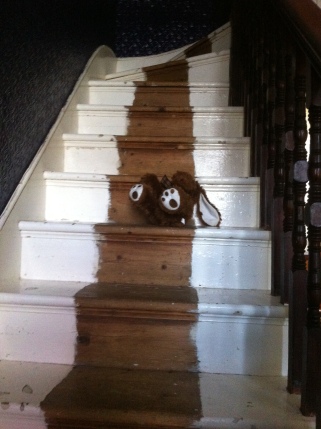 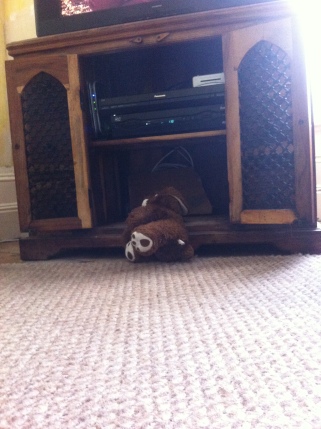 Thanks Sidey for giving me something to think about 🙂