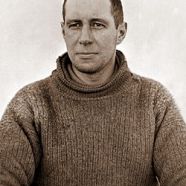 While I know I am More than a Cat, I would like to point out that (at HQ) water is not a useful topic of conversation.

Last night we had thunder and lightning; this morning (at fuffingly stupidly early O’clock) Chief (as he’s known on Twitter) left the building – to return more than a little wet.

Dog got hit, Zorro got hit, Alistair Gordon Lethbridge Rat-Kat got hit; even Bomma de Bombay, who never does anyone any harm … got hit.

Within minutes,  and at the behest of the rest of the rest of them, a UN Peace Keeping force had turned up, demanding to know what was the meaning of it all and threatening to make the American debacle over their budget look like: “a bunch of kids  fighting in a playground.”

To escape this version of World War Three, I come to my blog for a bit of sanity.

What do I find?

In the words of  Lawrence Oates:  “I am just going outside and may be some time“