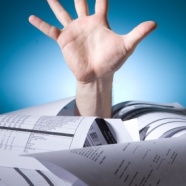 For the last few months, I’ve been drowning in a sea of not achieving.

I am not going to call this the “Block” word. Because I don’t think, in my heart of heart it is. Let me explain. To me “block” means: 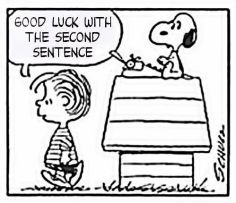 Which has not happened.

Ok, I haven’t put many words in a word document, and the words that have appeared on the screen aren’t necessarily ones I will keep, but there have been words; and paragraphs; and chapters… And I have gone back to writing long hand, in my journal.

Neither have my characters stopped talking. I realise now, I’d stopped listening to them. They were telling me things I didn’t want to hear.  Actually they were screaming at me to do the one thing I didn’t want to do.  So: in that typical “Sarah knows best” I tried to do things my way – keeping someone out of the plot that kept turning up.  Which led to a lot of sulking, and fooot stamping from all of us. Eventually, of course, I came to realise they were right and I needed to do as I was told. The moment I surrendered, the plot cul de sacs – which  I had created –  opened up into the twisty turny things you need as a writer, and the last few  days have been bliss. I have page after page of plans and notes, and odd lines of dialogue that – for the moment – are good.

I’m not sure when this new book is going to be finished. Life is getting in the way at the moment. But at least its writer is waving now, not drowning.